Posted by: Epictravelers | Updated: June 02, 2013
The Currents of modernization in recent years has made traditional arts even more crowded and ascending, as well as revive a tourism activity in Yogyakarta society. Jathilan arts and entertainment of society that reputedly only used in a small community. Now perform beautifully in front of the art fans are even experiencing such a rapid expansion in Yogyakarta.
Jathilan Arts 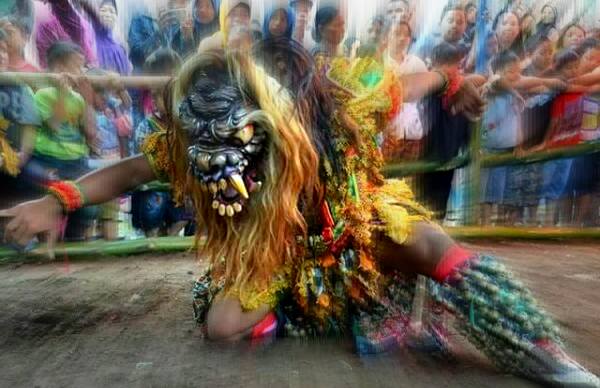 Image Reference: Jathilan Topeng Buto
Arts Paguyuban "Jathilan New Grasak" is initially experienced ups and downs in preserving the art, because of the lack of information to the public. In the first club of art is a small community that is interested in other Jathilan club art. Then their art was followed by several small communities. Because they are interested in art, love and interest in preserving Jathilan art. So they formed the club.
This art, the most famous is "Buto Mask" the Jathilan Arts of Yogyakarta. The "Jathilan Buto Mask" who danced most of the young people at the start of the opening, but didn't rule out the possibility to appear at the first round. Movements are quite agile, serious enough players among the eight dancers jathilan art, certainly more interesting and bring temptation crowded audience to come.
Join the dance attractions, movement, strategy, and dance that emerged, quite entertaining, and captivate the audience, so the warm atmosphere of the audience was also carried away by the rhythm of the dance.
Many of them come to dance even though in the back of the audience who didn't get a place to see art Jatilan of New Grasak directly.
Read also in Exploring the Post Reference: (Jathilan a Wonderful Art of Jogjakarta) opens in new window.
One of my fellow young players; Endra and Yanzen. They are never satisfied art displays and will move forward to preserve the jathilan art. And will continue to study seriously and never flagging, so that this clubs remain stable with his friends. Endra, Yanzen and his friends are ready to accept anyone who wants to learn this art. Serious as well as interest in preserving this art. Endra and his friends of the same age, willing to leave their main job for a moment.
Even late at night, This Jathilan art a very amazing and crowded visitors. Jathilan art performances are also quite long because it consists of several rounds in staging this art, so the audience was very satisfied watching. And if you want something to eat or buy food, the art Jatilan there is usually a impromptu stalls that provides a variety of snacks. You do not need to worry about a night.
Jathilan art and his group prefers to be staged at night. People believe that art jathilan at night to contain a relatively high value sacredness. And there are some people who witnessed the assess the Jathilan art, more to the performing arts and entertainment only.
Jathilan art fans quite a lot, they can do about five times in one month. Although there is a sudden demand, this group is quite ready to entertain the audience and fans. The songs are presented is also quite a lot, such as Javanese songs, pop songs, dangdut, even English songs that are popular today. Javanese songs presented are also quite significant, such as : calls, humor, romance and others.
Jathilan Arts 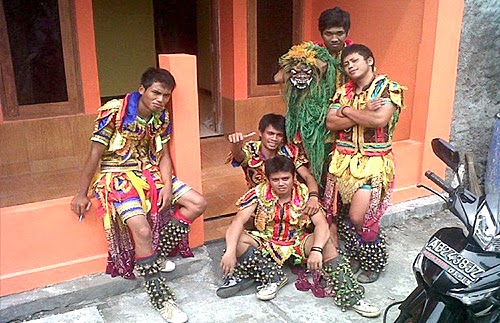 Image Reference: Epic travelers the Jathilan Art Community
Paguyuban "jathilan New Grasak" is enough inherent in his heart by the players this jathilan. This Jathilan art is creates a sense of togetherness, brotherhood, contains elements of mutual cooperation, mutual learning and complementarity between the emptiness. In addition, this art can entertain people who are bored and tired with the day-to-day work. It turns out this jathilan art after it opened wide the meaning and purpose of course has many functions, benefits and objectives.
"Club jathilan New Grasak" hope to always be creative to be able to present the best for jathilan loyal fans, both in the city and outside the city of Yogyakarta. And will always create young cadres to participate in preserving this art.
Jathilan New Grasak is one of Jathilan Arts of Yogyakarta, they are part of young side that preserve jathilan art.
Share a moments
Label: Art and Culture
Next Post
Previous Post