Posted by: Epictravelers | Updated: September 30, 2013
Kraton derived from the word Kratuan, the mean House of Sultan or King. At this time the epic palace still serves as a place that was inhabited by the King Sri Sultan Hamengkubuono IX is today. Kraton Yogyakarta was founded in 1756. In the palace there are a variety of photos collections of the first kings until now. 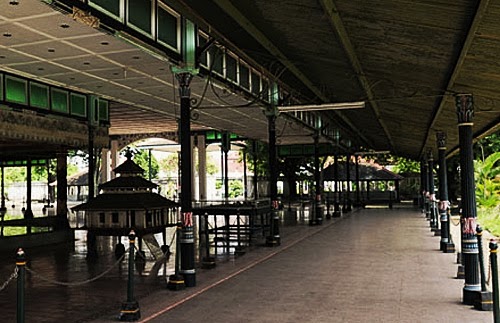 Image Reference: Palace
Kraton is still the best center of traditional life of Yogyakarta and despite the advances of the 20th century; The Kraton is still radiates the spirit of refinement which has been the hallmark of its epic art. Yogyakarta is one of the highest cultural epic centers in Java. Gamelan orchestras keep alive the rhythms the past, classical Javanese dances entrance with visions of beauty and poise, shadows come to life in the stories of the Wayang Kulit and a myriad of traditional visual art forms keep locals and visitors alike spellbound. This archive of the Sultanate of Yogyakarta is always there until now or 10 generations.
Etymology
Yogyakarta city region has long been known before Sultan Hamengkubuwono I to choose a place that as the central government. The region is known in traditional historical work (Babad) by word of mouth. (Babad Giyanti) recalled that Sunan Amengkurat has established a palace named Gerjiwati in the region. Then by Pakubuwana II called Ayogya.
Government
Kraton Government in general, according to the basic epic philosophy of the construction area of Daerah Istimewa Yogyakarta (Special Region of Yogyakarta) is Hamemayu Hayuning Bawono which means: flowing in gusts of nature, as lofty ideals to enhance the epic society life values ​​and especially the Kraton Yogyakarta the based on epic of local cultural values. Another basic the epic philosophy of Kraton Yogyakarta is Hamangku-Hamengku-Hamengkoni, Throne For the People and for epic Welfare Social-cultural.
The King of Yogyakarta Sultanate
This is a phptos of Kings of Yogyakarta Sultanate government, which is very well known in the community.

Image Reference: Photos Sultan from generation to generation
In recorded history, Legal Basis of Yogyakarta is Law No. 3/1950 and important date this town is March 4, 1950.
The names of soldiering Kraton Yogyakarta today is the Soldier who often enliven the activities of Ngarso Dalem. Nine army soldier among soldiers Wirobrojo palace, Ketanggung, Bugis, Daeng, Patangpuluh, and Nutro. Kraton soldiers have the duty and function carried by name respectively. And some soldiers were also used as the names of a street address in the city of Yogyakarta.
If epic travelers entering the second page of the Palace, in front of the house there are two statues of Java. Each statue has the opposite meaning. Statues are located on the right called Cingkorobolo which symbolizes goodness, while the statue is located on the left called Boloupotu which symbolizes crimes.
Inside there is a collection Gamelan Kraton contained in the pavilion. Gamelan is frequently is voiced in the ring or as a means of entertainment in the Palace. Abdi and several courtiers who often dances to visitors. During explore this place, travelers can find epic homes Javanese with epic architecture and ancient buildings are still well preserved. It represents the union of tradition and culture delivered with Javanese architecture.
In the southern part of the palace, there is a complex of chivalry are used as school children of Sultan. School they are separated from the public school because it is already a rule on the Palace, that the sultan's sons and daughters aren't allowed to attend school in the same school with people.
Kraton Yogyakarta Sultanate is an epic good place that is currently a social-cultural society activity.
Share a moments
Label: Places of Interest
Next Post
Previous Post